This is the debut self titled album of The Gloaming – who comprise Iarla Ó Lionáird. Caoimhín Ó Raghallaigh, Dennis Cahill, Martin Hayes and Thomas Bartlett.

This album has had critical acclaim all over the world.  Favourite track – No 10 – Samhradh Samhradh 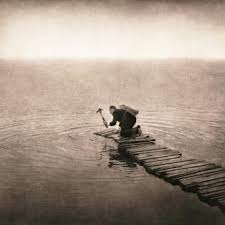