Téada – In Spite of the Storm – Album Review

Téada is Gaelic for “strings”.  The five members of the band are fiddle player Oisín Mac Diarmada, button accordion player Paul Finn (from Laois), Damien Stenson on flutes and various whistles, Seán Mc Elwain on bouzouki and guitar, and bodhrán player Tristan Rosenstock.  A traditional band with a truly worldwide reach, Téada has appeared as a frequent headliner at major music festivals throughout the US, Canada, Mexico, Europe, Africa, Russia, Israel and Australia.

This album was recorded over a number of sessions in Dingle/Daingean Uí Chúis, Co. Kerry during 2013. 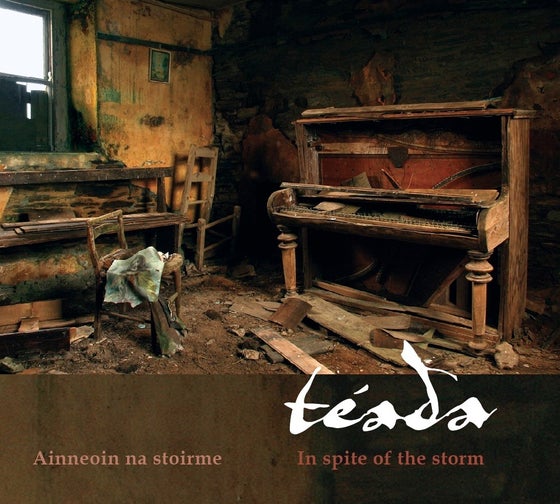