A CD for guitarists who want to play harp tunes.  This is a brand new CD from the famous guitar player, Steve Cooney.  The inspiration for this CD were Edward Bunting’s manuscripts in Queen’s University Library, Belfast.  Cooney checked these in order to hunt down tunes that were played at the time of the 1792 Harp Assembly.  This CD reflects influences such as Muintir de Barra, Laoise Kelly, Gráinne Hambly and Billy Jackson, Odhrán Ó Casaide and particularly Kathleen Loughnane.

Steve Cooney is best known for his development of an influential style of guitar accompaniment to traditional Irish dance music which he developed in West Kerry, and for which he won the National Entertainment Award with Séamus Begley in 1997.

Born in Melbourne Australia in 1953, he came to Ireland in 1980 and maintains his connections with the Aboriginal culture there, into which he was initiated. He has ancestral links with Tipperary, Cavan and Galway.

He has participated in making more than 250 CD’s, either as a guitar or bass player or as producer and engineer. Also a poet and songwriter, he has worked with many iconic international artists in rock and country music but his primary focus is Irish traditional music, and fusions of that genre.

This CD has just been ordered, so a fuller review will have to wait, but this writer has no doubt that it will be great. 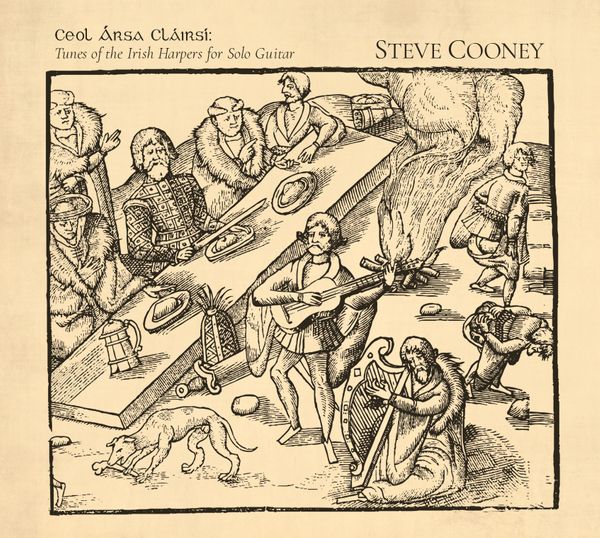