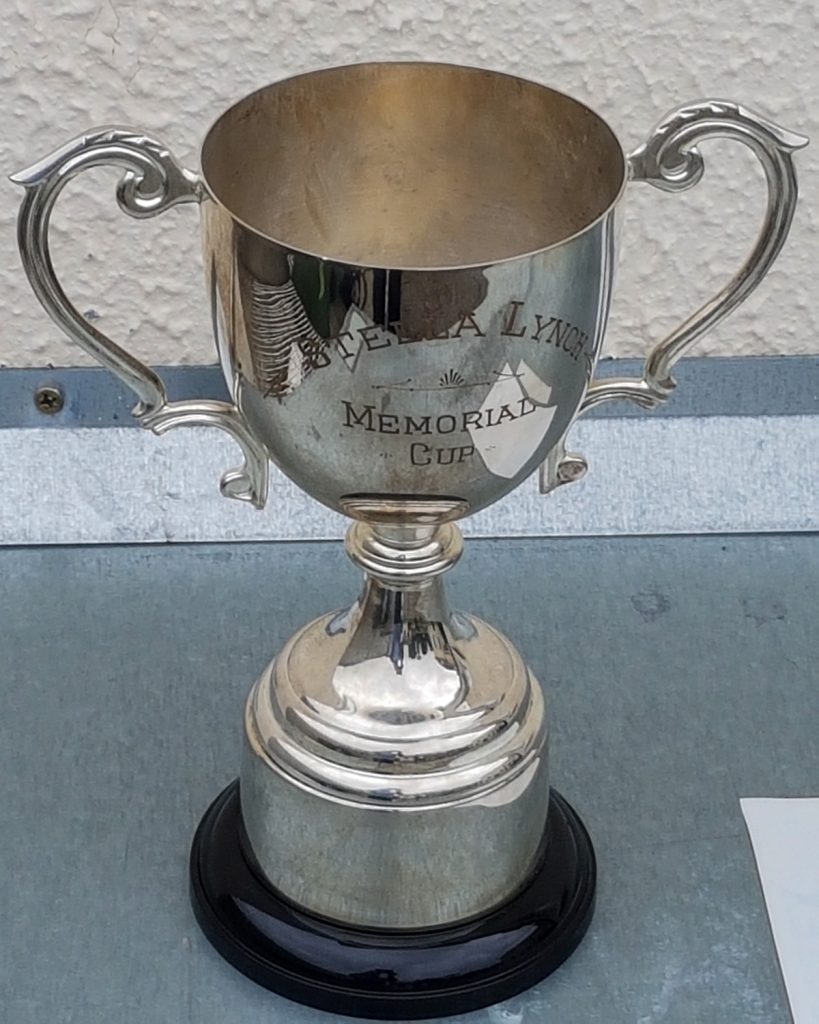 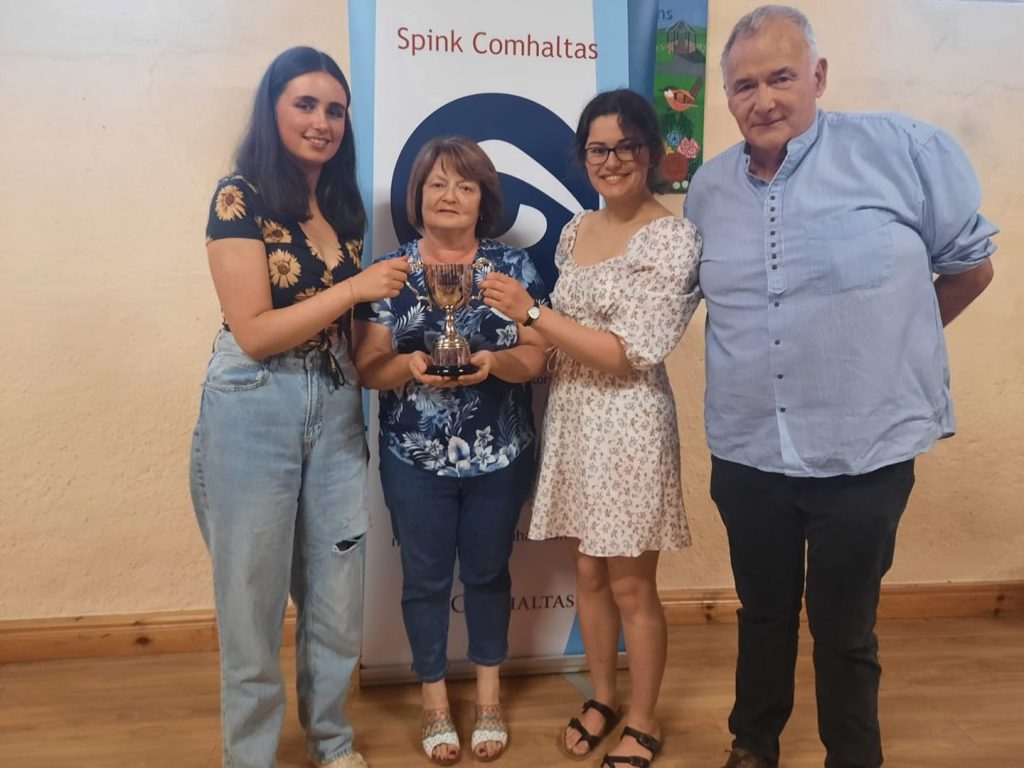 In 2015, Spink branch was presented with a perpetual trophy by Michael Lynch in memory of his late wife Stella.

The ‘Stella Lynch’ trophy is intended to recognise an U18 member of Spink who has made an outstanding contribution to the branch, and who contributes to the overall spirit of Spink Comhaltas.

The contribution is not necessarily excellence in competitions, although this may be a factor.

Primarily, it is intended to recognise participation in Spink events, supporting others (either by encouragement or coaching), taking initiative, putting forward ideas, being a good role model for younger members, and making a positive contribution to an overall healthy and enjoyable atmosphere which we try to promote in Spink branch.

Previous winners have been nominated for the following reasons:

The winners of the ‘Stella Lynch’ award to date are: