Patricia is one of our music teachers in Spink Comhaltas.  A multi-instrumentalist, this is her debut fiddle album.  We know she is working on her next one – we wish she would hurry up and get it published soon!

Brought up in England, with a significant grounding in music in County Clare and now based in Laois, Patricia has worked with Spink Comhaltas for the last 4 years.  Renowned for her innovative yet traditional style on both the fiddle and piano, she has impressed master musicians from all over the world.

Patricia has also produced an album with international band, The Outside Track and has performed worldwide as part of many acts, featuring alongside bands such as Altan, The Chieftains and At First Light. Her debut solo album, ‘The Lark’s March‘ was bred of a love of the older tunes and traditions in Co. Clare, many of them having never been recorded before. 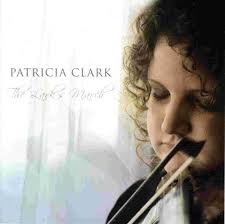