If your ambition in life is to play safe and learn a nice traditional tune to please a Fleadh Cheoil judge, then this album is not for you.  Move on.  However, if you want to listen to musicians who have won All Irelands, and then decided to move their music to another level, you might find this group interesting.  With strong Sligo roots, this band are defining their own distinctive niche in music.  A band that needs to be seen perform live – preferably with you in the middle of a mosh pit with loads of people around you – each track builds energy levels.  Their recent work has seen them perform in the Opera House in Vietnam, and with the addition of singer/song writer Julia Spanu to the band, a new dimension is being developed.

Planted was released in 2014 – favourite track for this writer is No 3, Mullaghmore. 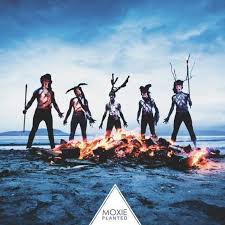