Michael Coleman (31 January 1891 – 4 January 1945) was a virtuoso Irish fiddler from County Sligo, and a major exponent of the Sligo fiddle style.  An emigrant to the United States, Coleman was the most famous exponent of what is today known as the Sligo fiddle style, which is fast and flamboyant, and heavily ornamented with fingered “rolls” and bowed triplets. Coleman was also an excellent dancer and performer. Coleman danced and played the fiddle at the same time!

He is an historically important musician for anyone serious about studying the history of Irish traditional music.  This CD is a collection of his commercial 78 recordings between 1921 and 1936. 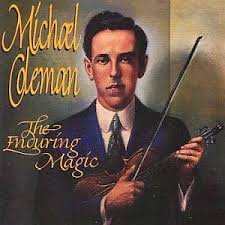