Commissioned for the 100 anniversary of the 1916 Easter Rising, this suite of music – comprising 11 separate movements arranged in a single continuous performance of just over 30 minutes is one of the most moving and inspirational music performances done for the 1916 Centenary.  Debuted in Portlaoise in May 2016, it has since been performed in Dublin Castle and other venues for dignatories such as An Taoiseach, Leo Varadkar, Prime Minister Justin Trudeau of Canada, Prince Albert of Monaco, Michael Flatley and many more.

What made this suite of music particularly effective was that the music was jointly composed by Martin Tourish along with some of the senior musicians, and Tourish has been generous in his praise and recognition of the contribution of these musicians.

The suite of music itself covers the entire range of emotions featured across the rising, from Pearse’s Oration, Hope & Loss, A Terrible Beauty, through Possibility and Into the Future.

The musicians themselves performed to a standard that any professional orchestra would be proud to achieve – and not a sheet of music or conductor to be seen!  This album should be listened to in its entirely from start to finish. 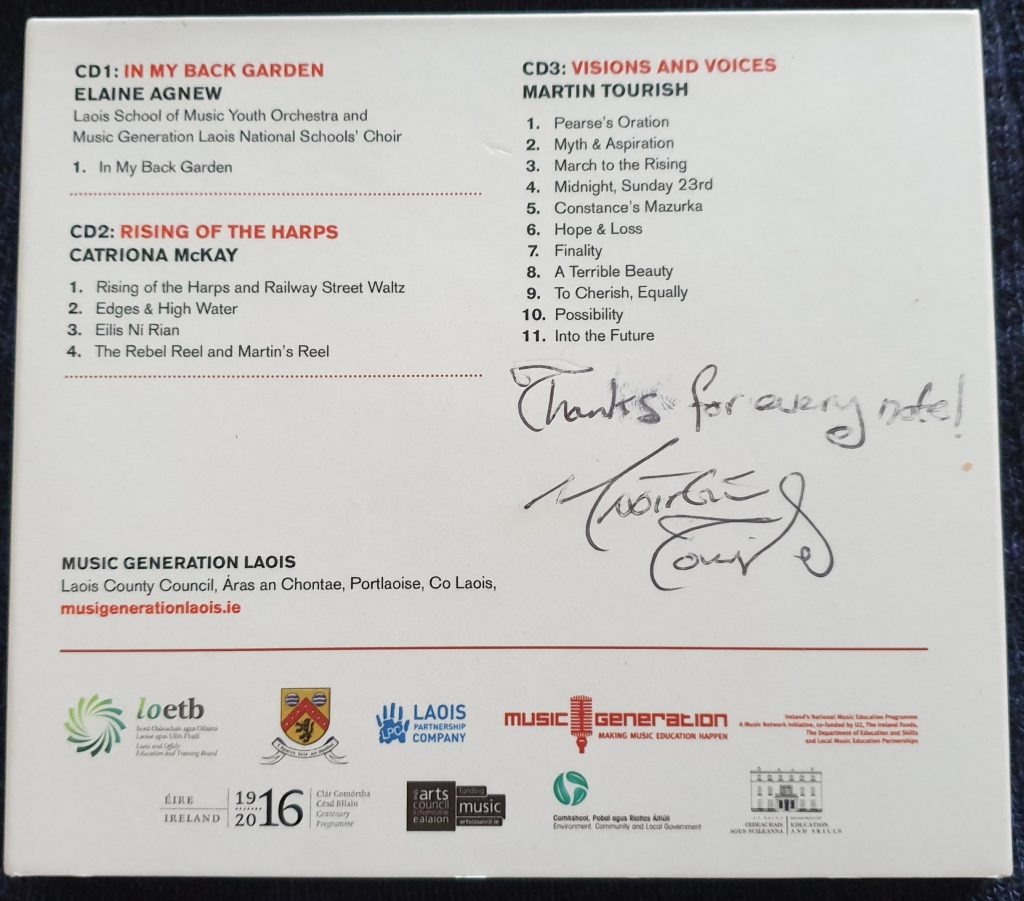 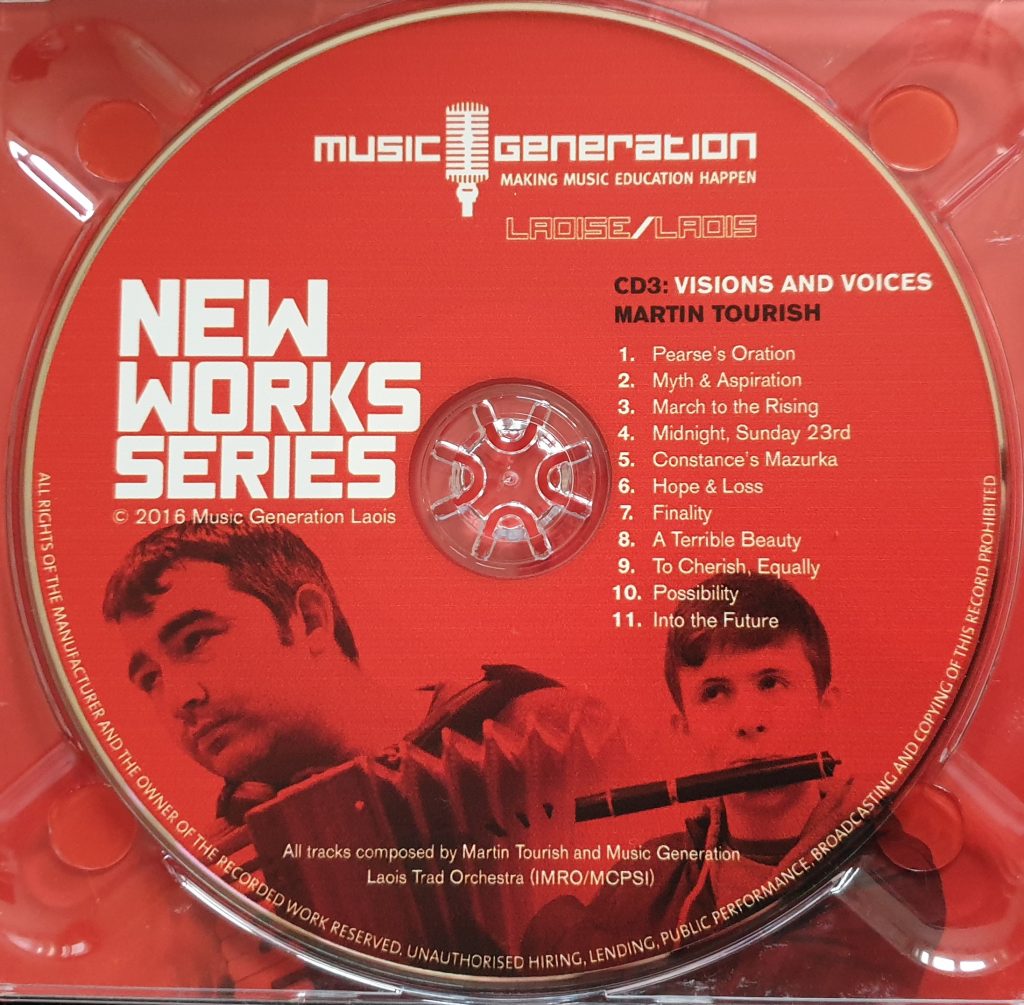