Martin Donohoe – Cavanman – Nyah – legend – unmissable – entertainer – box player.  He has to be seen performing in real life to really appreciate him.  This album features a Who’s Who of Irish music performers from along the country and further afield. 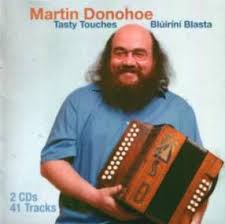