Turlough O’Carolan is synonymous with the harp, and for many people, Derek Bell is too.  This solo album features 15 tracks of O’Carolan.  Derek Bell had a classical music background as well as traditional Irish and joined a ‘tatty folk group’ that went on to international renown as ‘The Chieftains’.

Track 15 – ‘Carolan’s Farewell to Music’ was performed by The Chieftains as a tribute to Derek Bell at a special memorial concert.  A fitting tribute. 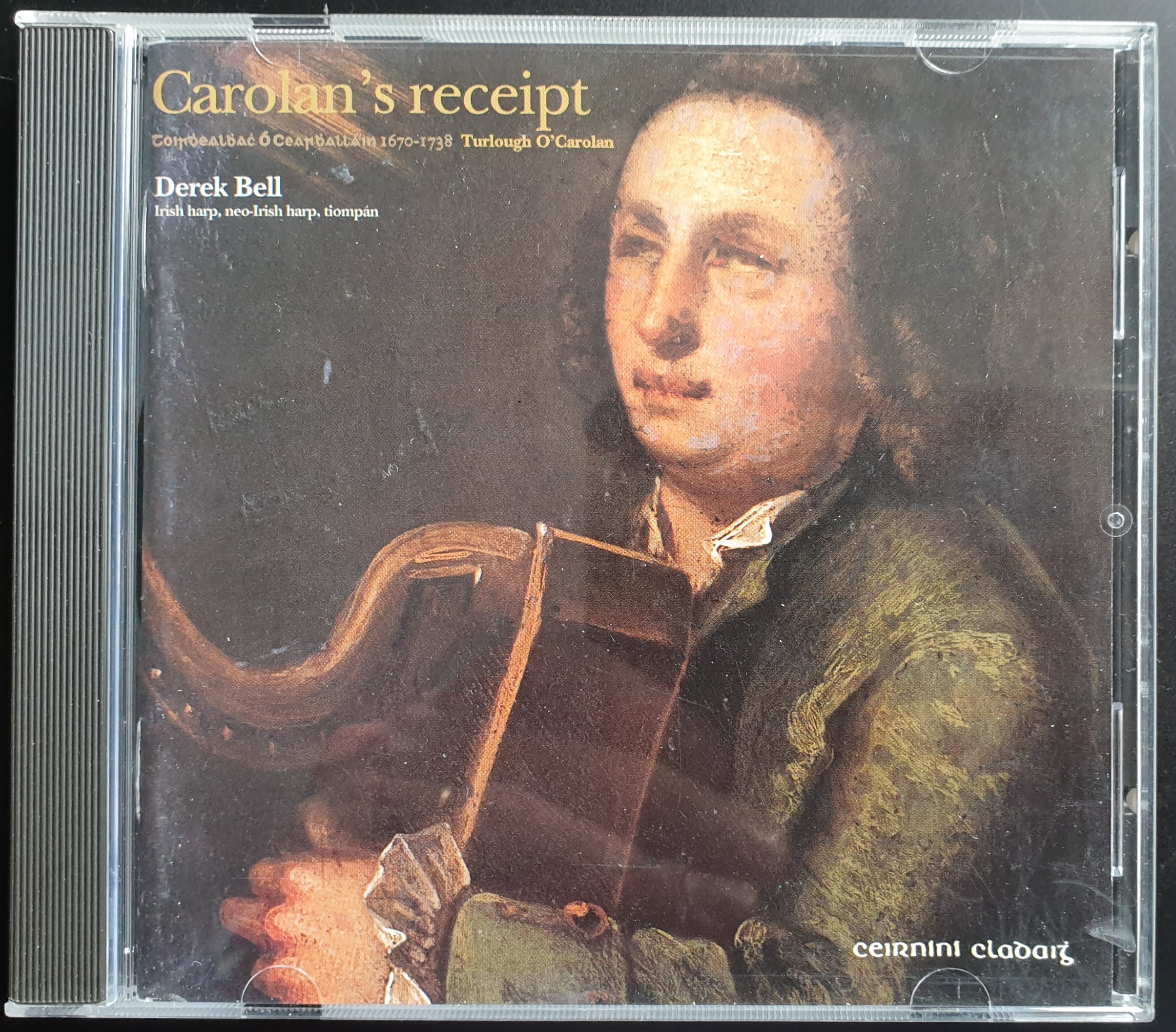