A multi-instrumentalist, Aoife Granville is primarily known for her flute playing.  Based in Kerry, she is a member of a very musical family – her sister Deirdre is equally accomplished on harp.

This album is Aoife’s first solo release and the musical heritage of her beloved Corca Dhuibhne is proudly displayed in her choice of tunes. 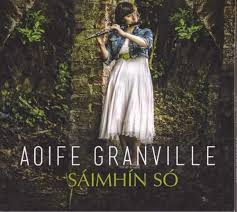