Joanie Madden is the leader of the US trad group, Cherish the Ladies, and one of the best live performers you will ever see.  Composer of the well known tune “The Cat’s Meow”, she has toured Ireland many times over the years, most recently visiting Portlaoise in 2018.

All of the “Cherish the Ladies” albums are worth getting, but I am including this album – which was an impromptu recording between Joanie and her father Joe, who was a great musician in his own right, even though he was never a professional musician.  This personal father and daughter album is all the more poignant given an accident which prevented him playing not long after. 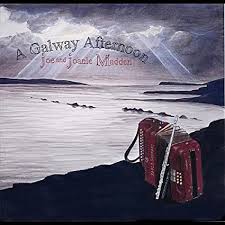