The Blackwater Céili Band – Music in the Valley – Album Review

The Blackwater Céilí Band hails from the Clogher Valley region of County Tyrone, taking its name from the River Blackwater, which flows through the heart of South Ulster. The band was formed in February 2015 and consists of musicians from counties Tyrone, Monaghan, Down and Leitrim. They have become a well-known and established band in the area and further afield over the past number of years, playing at various concerts, fleadhanna and céilís. Their music is firmly grounded in the Ulster tradition, and they strive to produce a lively and rhythmical style of céilí band music suitable for dancers & listeners alike.

Lead by band leader Ryan Hackett, in 2018 the band made history and became the first Céilí Band from County Tyrone to be crowned All Ireland Senior Céilí Band champions at the Fleadh in Drogheda.

Favourite track – No 10 – The Frost is All Over, Donnybrook Fair (Jigs) 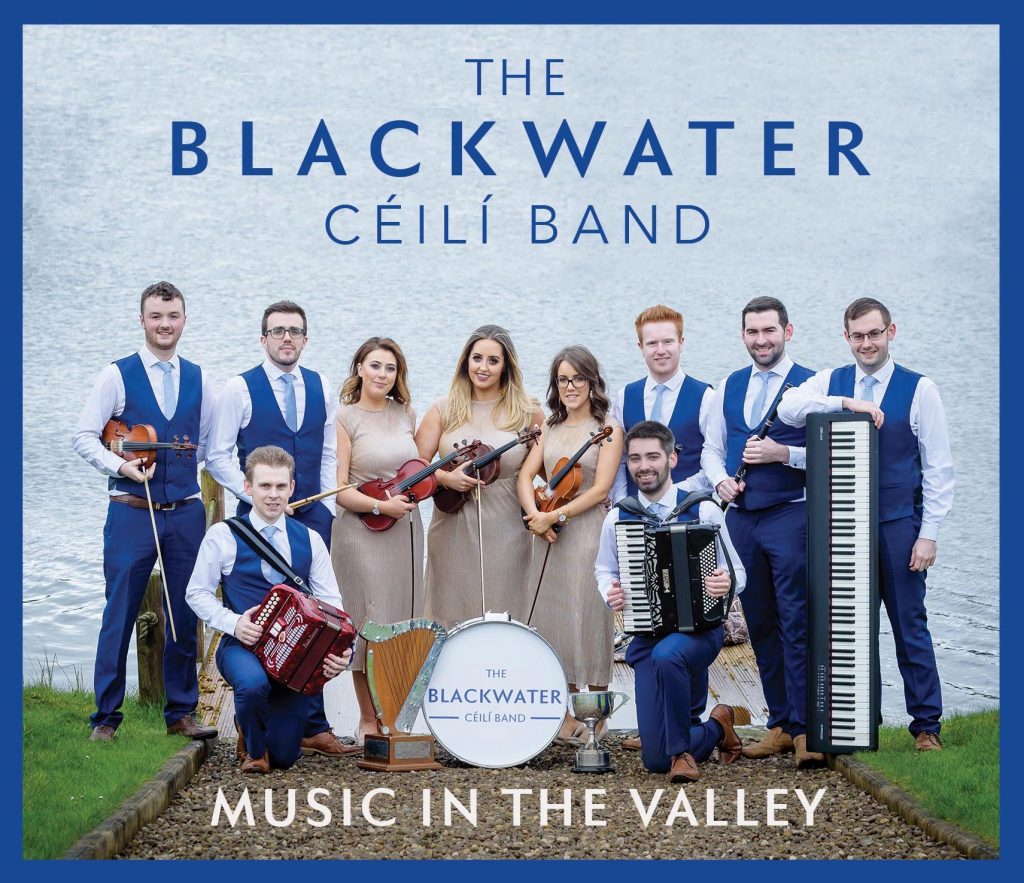