Martin Tourish is one of the most accomplished piano accordion players of his generation.  In addition to his solo work as composer, arranger and performer, he is also a member of Altan.  On this album, he combines with Luke Ward on bouzouki to great effect – and this album has been the source of many a Siansa Gael Linn group looking for inspiration.  Martin Tourish is well known to Laois musicians for a number of workshops and collaborations he has given over the years, and a separate review will mention one of this.

All of this album is great, but two stand out tracks for this writer are No 1 – Trippin’ and No 13 – Skitatoes. 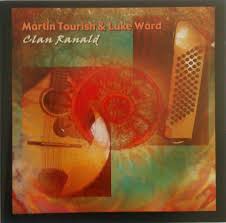