Jeremy Spencer & Sean Leahy – The Side Over – Album Review

Based in Dingle, Jeremy Spencer is originally from Carlow.  A great fiddle player, he is partnered on this album with Sean Leady on guitar.  This is their debut album, and this writer has had the opportunity to hear them perform live – they are really excellent. 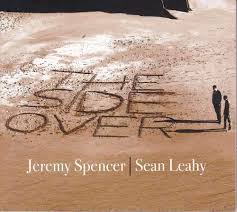