Help us celebrate our Ruby Anniversary 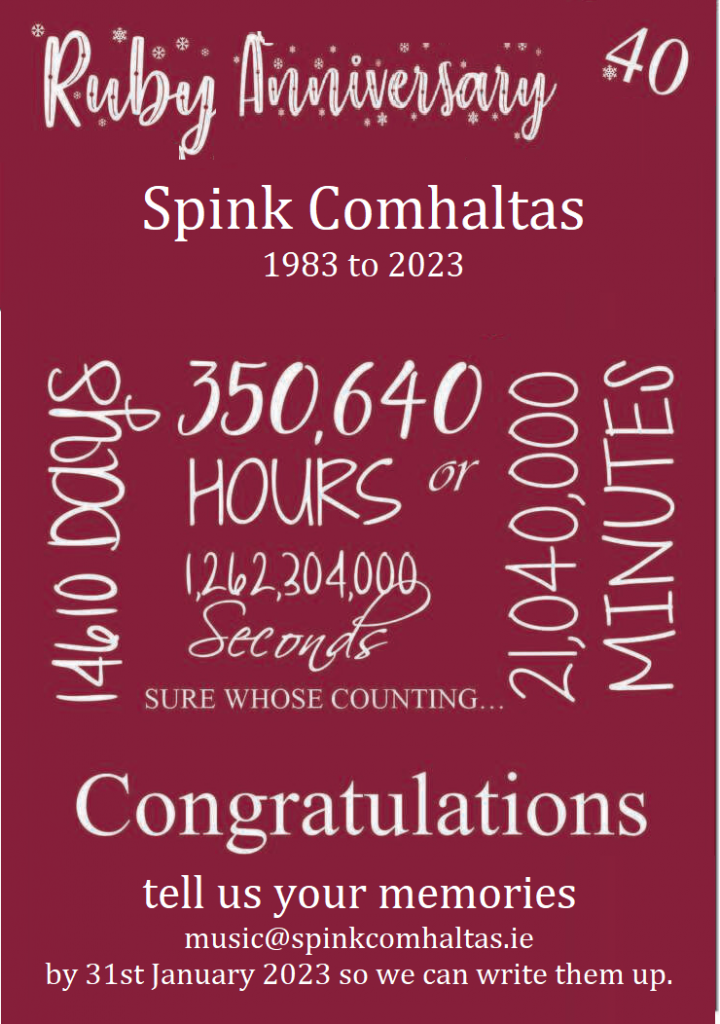 As part of celebrating 40 years in existence, Spink Comhaltas is looking forward to planning a large number of events, in addition to hosting the Laois Fleadh.  More details will follow in due course.

However, in the meantime, the Spink voluntary committee is taking this opportunity to write a short history of Spink Comhaltas, with the objective of having it completed and published by October 2023.  This history will celebrate all of the present and past members of Spink Comhaltas, as well as providing some wider context for the strong tradition of music in Laois.

So, the Spink committee are inviting contributions – be they long or short – of people’s memories of their time in Spink.  This might be as a musician or dancer, a parent, a teacher, or some of the wider community that Spink have worked with over the years.  Contributions are invited by 31 January 2023.  This will allow the Spink team to see what source material is available, and to follow up with contributors to develop and refine their stories.

If you have a friend or a relative who was connected with Spink Comhaltas over the last 40 years, put them in touch with us by sending details to Music@SpinkComhaltas.ie